Consultation on the draft Drought Resilience Funding Plan began on 29 October 2019 and closed on 13 December 2019.

You gave feedback through: 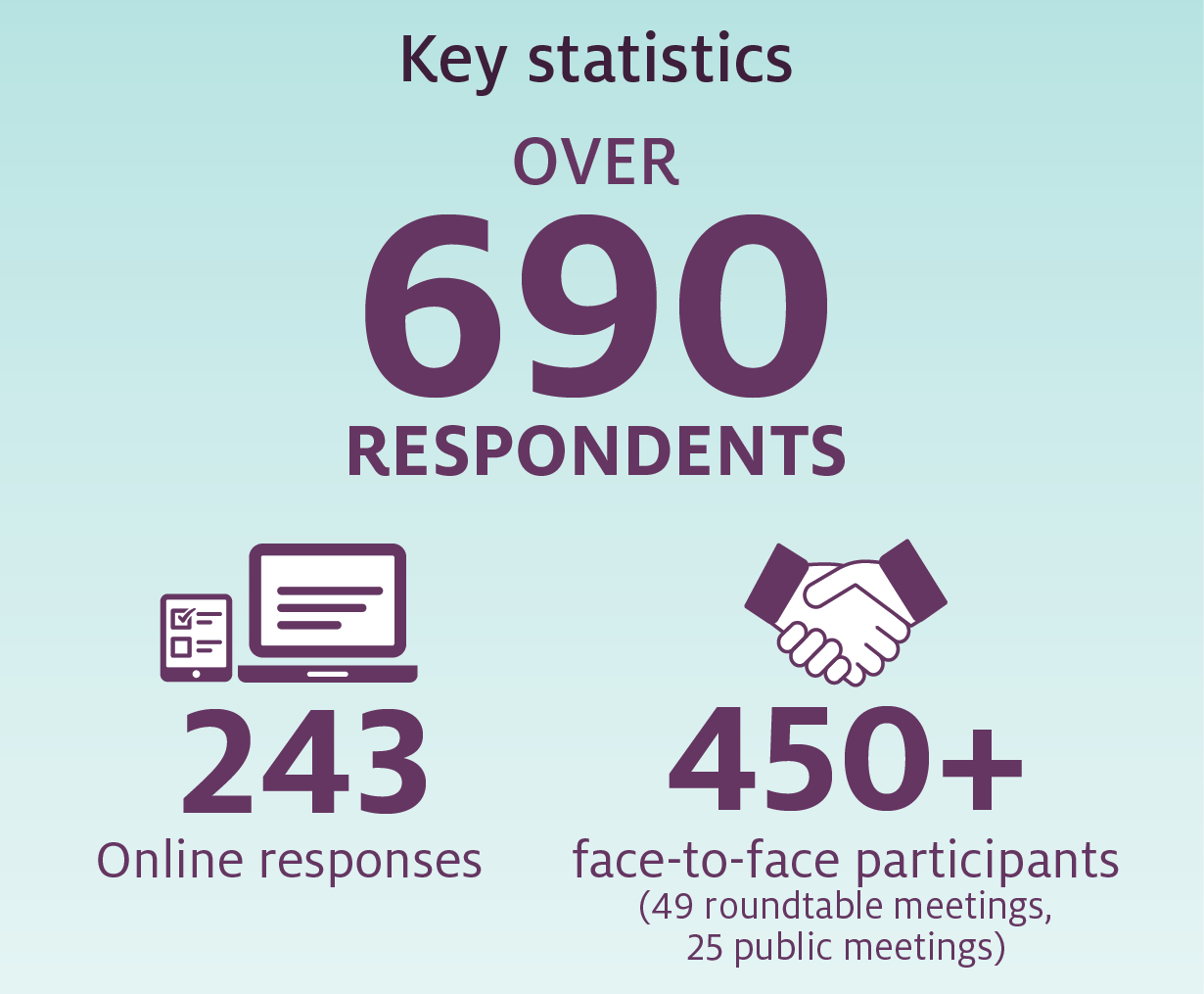 Over 690 people participated in the consultation.

We received 243 submissions through our online form (surveys and written submissions). More than 24% of respondents were farmers.

We held 73 face-to-face discussions in 23 locations around Australia. This included public meetings as well as roundtable meetings with grower groups, universities, industry, local government, state and territory government officials, charities, banks, natural resource management and landcare organisations. At those, over 450 people provided us with valuable feedback. Locations were:

This map shows what type of meetings we held in each state. 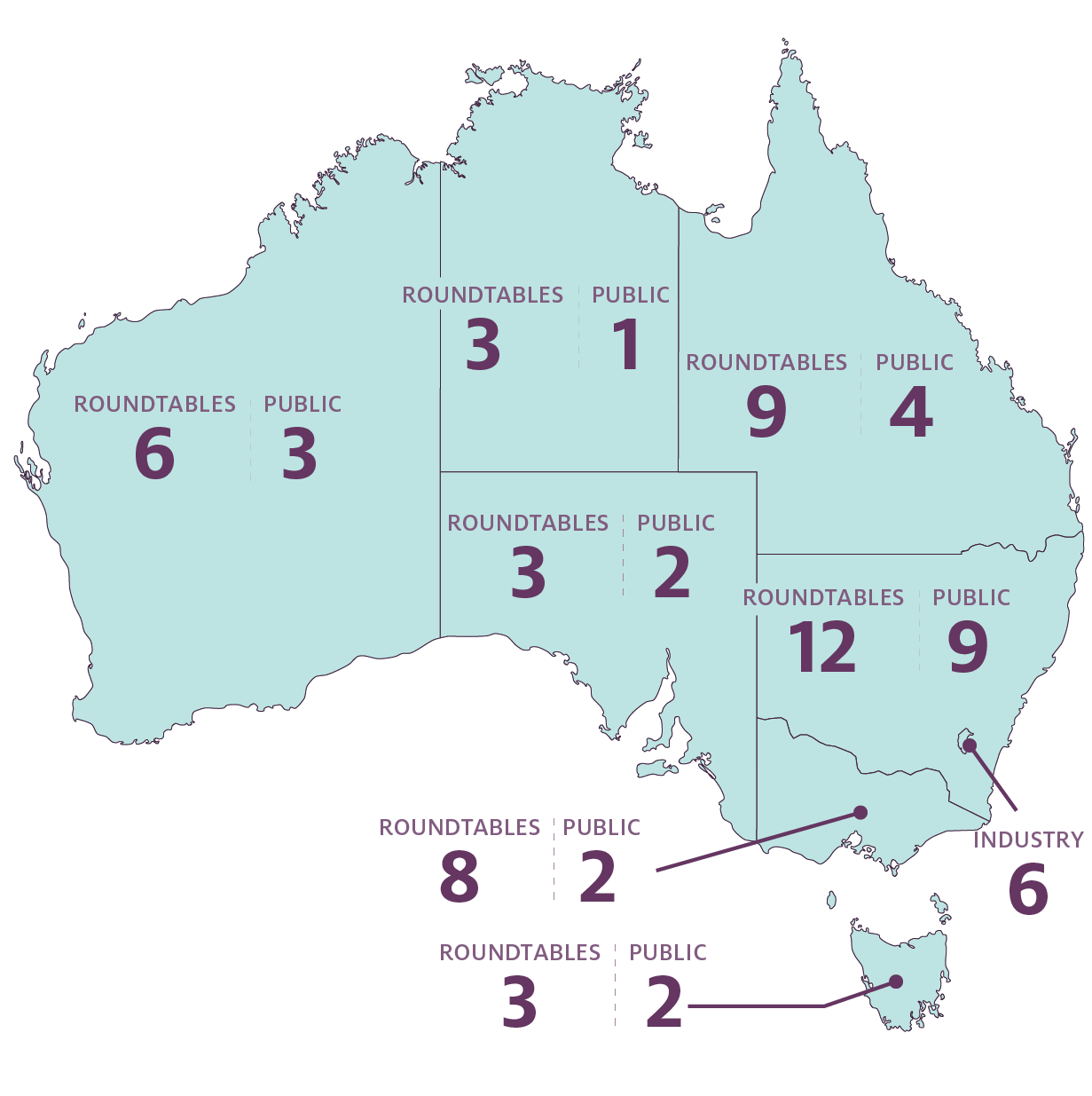 What you told us

Through the online surveys and submissions you raised a number of key priorities for the Future Drought Fund. 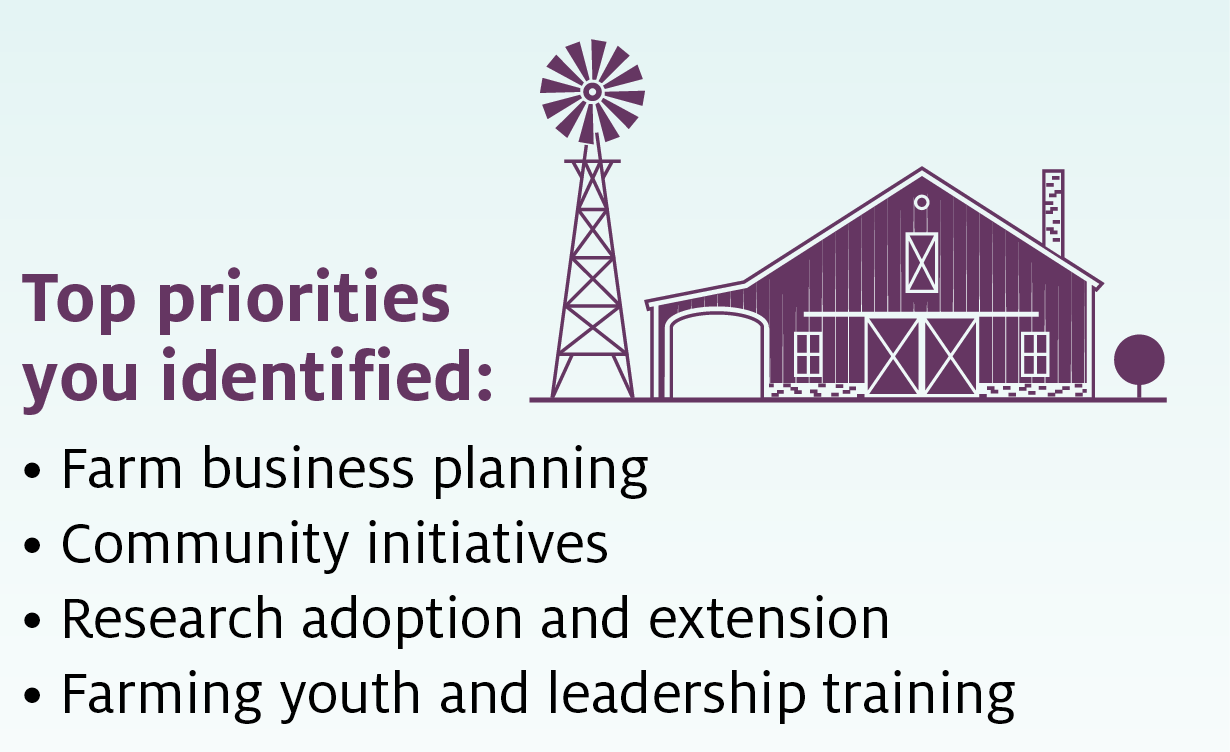 See all non-confidential, publicly available submissions in the document library.